Fans have reacted to claims of BBNaija’s Vee of not liking Andriod phones to touch her hands saying she’s an iPhone person.

Victoria known as Vee said this during the question and answer session in the house when she was asked whether she likes Andriod or iPhone.

It seems she has lost her chances of staying in the house for long as her comments have made fans not happy about her hence threatening not to vote for her.

Others were also talking about how she has lost her chances with Andriod phones in the future in terms of signing contracts with them. 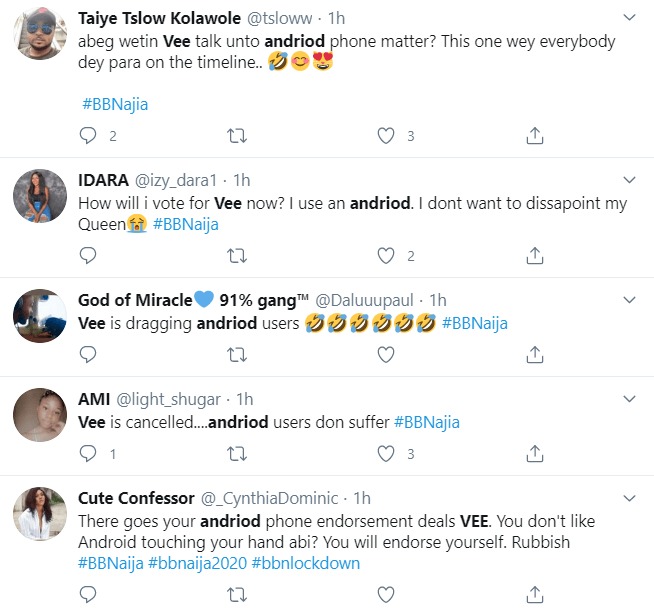 LET’S TALK! If M.I Had Signed Wizkid, Would Wizkid Had Blown To This Extent?

DO YOU AGREE? “Dual Citizenship With Nigerian Passport Should Be Illegal” – Brymo

LOL!! Nigerians Are Rubbishing Burna Boy On Social Media, They Now Call Him Ikorodu Lucky Dube – Do You Think He Deserves It?