Mesut Ozil appeared to show he is still completely committed to Arsenal after posting an image of him clutching the Gunners badge accompanied by the words “no matter what”.

The Gunners midfielder was absent from the matchday squad for his side’s 3-0 defeat at the hands of Manchester City on Wednesday, with Mikel Arteta having revealed he was left out due to tactical reasons.

And Ozil has now responded on social media, posting an image of him proudly clutching the club badge on his shirt, along with the text 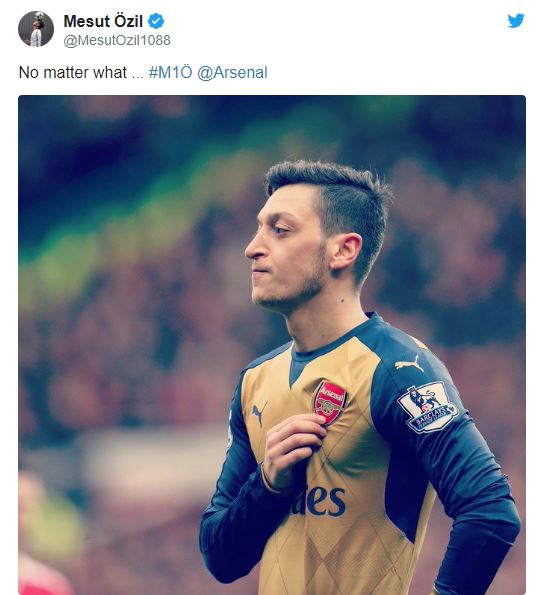 SO SAD! England Legend In Hospital After Contracting Coronavirus

JUST IN!! Paul Scholes Reveals What Ighalo Has Added To Manchester United Squad